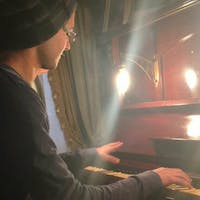 Subscribe to my newsletter and never miss my upcoming articles

Stacks is a product that is meant to accelerate e-commerce building through the automation of a number of tasks. The platform launched in 2018 and has since gained a lot of loyal customers.

However, Stacks lacked online presence and mainly relied on word of mouth to gain customers. Moreover, it lacked any of the automation it promised. The aim of this project is to create an entire website that coincides with what Stacks is going to deliver, as well as redesign the actual platform.

👉 No free trials offered. (Difficult to convince customers to try out a service priced at $39 in one go).

👉 Promised automation, but everything was done manually by support team leading to higher wait times and clogged queue.

Tackling the first problem (Information Architecture) was high on the priority list. Here's a rundown of what caused confusion among prospect customers on Stacks. Stacks offered two products, Plates and Outlets. Plates is a theme for restaurants, while Outlets was a theme for e-commerce websites. People would subscribe to these products instead of Stacks. Pretty easy to understand, right? Perhaps on paper, but the implementation was what caused the confusion.

At such a steep price ($39), it makes sense to have the users try out the service before financially committing. Previously, Stacks did not have this option. After some discussion, we added a 2 week free trial.

Here was the proposed re-design for the website after tackling the below problems.

Results were great. We saw a 440% increase in trials. We had previously added a free trial option in the old design, but that only got around ~5 trials per day. With the new design, we started getting around ~27.

People were now less hesitant to start a free trial with the new redesign. Mission successful!

Onboarding Matters. It should be obvious, but here are is some data to confirm the statement.

👉 40% increase in retention rate after implementing onboarding. 👉 47% from 83% bounce rate.

👉 23% of survey participants wanted something to keep them entertained while we uploaded their products.

⚙️ Full Automation or no Bueno

Despite adding onboarding and some automation, users still did not feel like performing manual actions when needed (due to budget constraints). It was apparent they wanted full automation of all tasks involved in creating the e-commerce website as well as the mobile application.